Movement for a Free Earth

An Appeal to the Youth and to All Others 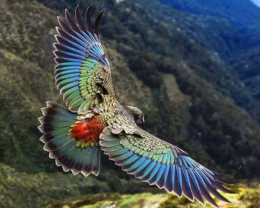 I am 76 years old and still as politically active today as I was in the student movement of 1968, but with experiences that I have to share, because in the meantime I have come to understand why so far almost all social and political movements have failed.

Today, many thousands of young people are taking to the streets to demand climate protection and system change. Thank you for that! I can only hope that this movement will gain enough inner strength and endurance to actually lead to a system change. That would really be a historic turning point, because for centuries people have been fighting against exploitation, oppression and violence; and for centuries they have been losing their struggle against the overpowering dominance of the existing system. And yet now this struggle is reaching a momentum that can no longer be stopped, because everywhere there are people – especially young people – who cannot bear the barbarity of the existing society any longer. They fight with the Standing Rock Sioux Tribe in North Dakota, they fight in the Hambach Forest in Germany, they fight in the peace community of San José de Apartadó in Colombia, they fight for the restoration of Riace (Italy), they fight on the rescue ships for the refugees in the Mediterranean, they fight … on all continents.

But again and again, after some time, many lose their strength. Disappointed and discouraged, they withdraw, becoming ill, drug addicted or criminal. I myself witnessed and led this kind of struggle in the Marxist left in Germany (1968) for four years – until I realized that we needed another solution. The old idea of revolution is finished. Violence has never made anything on Earth better. The whole world needs new information. How do we generate this new information, and how do we bring it into the world? That has been the question and the task since then.

We thank you for your collective call to create a future worth living. May your worldwide rebellion find its inner goal, a goal for all of humanity. The few who today have the courage to step out of this collective hypnosis need solidarity and support. Use your freedom on behalf of all those who right now do not have this freedom and power and who therefore urgently need your help. Use your anger not only against the system and its henchmen, but use it to transform the elements of the old system that live in you. We are not the product of a society, a tradition or a family; we are human beings. Free yourselves from the legacy of a terrible historical past.

Let us come together to protect life – which is destroyed in the name of corporations and governments almost everywhere today. There is a socialism that is beyond all parties and ideologies: it is the socialism of trust, unity and mutual support. Thoughts of truth and of an engaged form of love that takes a stand for life carry the power we currently need for our collective survival. They lead us to the knowledge that you and all of us need for healing. It is so simple, elementary and true – and if we succeed, a field of trust will emerge that will be effective, even in crisis areas.

In the following, I would like to say things that could transform the great rebellion into a substantial force that can no longer be appropriated by the existing system.

The current demonstrations for a future worth living, for climate change and the protection of nature, for human rights and animal rights are signs of a global awakening which is taking place on all continents. But they need a common goal, otherwise they will collapse in the confrontation with the existing system. The goals of a better future can only be achieved if there is a clear vision of what the necessary system change will look like.

System change! What does that mean in our times, when many millions of dollars are spent annually to purposefully spread wrong information about our global climate? … at a time when rescuing drowning refugees in the Mediterranean is criminalized … at a time when prosperity in one part of the world is generated by unspeakable horrors and acts of cruelty in another? Not to mention the fate of children in war zones, the fate of animals in slaughterhouses, animal laboratories or fur farms … In order to overcome the capitalist system, we need a positive vision for a post-capitalist order of life. We need a common vision for us, our children, for all those who have to flee their homelands, a vision for victims and perpetrators, a vision for love, and for our relationship to animals, to nature and to the whole cosmic world from which we all come. This vision is not an invention of human beings; it exists already as a latent reality in the blueprint of life.

In the blueprint of life, the living systems of the Earth and the universe follow an inner matrix that is directed towards healing and unity, evolving towards ever greater complexity through cooperation and interdependence. Every disease is curable, every conflict solvable, if the human frequency field connects with the frequency of this cosmic field. In this field, the ideas of exploitation, hostility and war do not exist. Where people meet in this new order of life, enemies are transformed into friends. And that is exactly what needs to be done to build this order of life on Earth, an order of trust, love, cooperation and solidarity. This dream becomes reality as soon as the first groups on Earth have begun to recognize and realize it. We are talking here about the global “Healing Biotopes Plan.” (More information in my book “Terra Nova. Global Revolution and Healing of Love.”)

The violated Earth can turn into a paradise and draw down huge amounts of carbon dioxide within a short time if we cooperate with nature and follow its laws of life. Water, energy and food will be freely available to all people if we follow the logic of nature and not the laws of profit. But the problem we face today is more complicated, because humans and nature form an energetic unity in the biosphere. In other words, the environmental crisis of destroyed ecosystems and the global crisis of destroyed human relationships and communities are two aspects of the same overall problem.

On the human level, we need new perspectives on how to live together without fear and violence and without the traumatic remnants of our historical origins, especially in the more intimate zones of sexuality, love and partnership, because the deepest (and most concealed) crisis area of our time is the relationship between people. There can be no peace in the world as long as there is (latent) war in love. Fifty years ago we achieved some goals in the time of the student revolution. But then the struggle began inside the groups, the struggle for the right ideology, for recognition, power and sex! Nobody was yet prepared for this. Nobody knew how much the external violence of the system and people’s inner struggles  came from the same source. If we want to succeed today, we must build places where truth and interpersonal solidarity can be learned.

The vision of a healed world cannot, of course, be achieved by coercion or force, and also not with conventional human and technical means of communication alone, as the counterforces are still too strong. But, separate from the mechanistic logic of the existing way of thinking in the fields of politics and ecology, there is a completely different logic: it opens up to us when we understand how living systems function. Resonance, rather than fierce power, is one of the secrets of success. Information in accordance with the inner matrix of life and its universal ethics spreads by itself to wherever there are people and groups willing to receive it. For this amazing phenomenon we use the term “morphogenetic field building” from the English biologist Rupert Sheldrake. When in the first communities the vision of a new culture is really created and lived, the world will enter an “excited state”, for what is happening in these first places is in resonance with the higher order of life. All humans are genetically connected to this information. In this way, the genetic code for a new civilization comes into existence.

The information for a future worth living is not based on the old revolutionary slogans, but aims towards an absolute commitment for life, an inner connection with the higher laws of the spiritual world and the togetherness of all beings in the great family of life. We live in a time of great epochal change, the change from patriarchy to a culture of partnership, from the hologram of violence to the hologram of trust. The more that people worldwide connect with this global process, the faster the cruel time of war can end. It could happen very quickly.

In the name of love for all creation.