Since the early 2000s, we’ve been committed to peacework in crisis areas, above all in Israel-Palestine and Colombia. We support peace activists and communities, host international gatherings and educational events and build and strengthen the vision of a nonviolent future. From 2005, initiated and led by Sabine Lichtenfels, we’ve walked various pilgrimages in the name of “Grace” in the Middle East, Colombia and Portugal. We also annually celebrate November 9th as “Global Grace Day.”

“Those who are walking in the name of GRACE do not come to accuse. They do not come to impart a new ideology on a country or on a land and its people – they come in the service of openness, of perception and of support. GRACE pledges not to wage a war but rather to end it wherever it happens to be. In the name of GRACE I am always on the lookout for a nonviolent solution, a solution which creates justice and healing among all concerned.”

We use “Grace” because it’s a reminder to commit fully to reconciling our relationship with ourselves and the other. “Grace” is the act of connecting to the power of life itself that can break down all walls of separation, awakening our shared responsibility to serve the Earth and all the beings she hosts.

Our involvement in crisis areas began in the early 2000s when we established the Institute for Global Peacework. Our first focus was on the Middle East – supporting Israeli and Palestinian peaceworkers by sharing visions for a genuine peace-building process. We also offered Tamera as a place in which to be inspired and engage in deep dialog, where people from both sides could meet in an atmosphere of trust and mutual empathy, directing the focus on healing. From this, the vision of creating a Peace Research Center in the Middle East arose as an example for nonviolent coexistence in the Holy Land.

Since then, we started working with our partners in Colombia, Brazil, Kenya and Mexico.

However different the situation on the ground, we always focus on:

In 2005, shaken by the threats of war against Iran, Sabine Lichtenfels decided to “be the change” she wanted to see in the world, and go on pilgrimage without any money. Starting in southern Germany, she walked hundreds of kilometers on foot to Israel-Palestine. She dedicated her walk to transforming the patterns of violence within and building a vision for peace, so that she could serve reconciliation and peace on the outer whenever necessary.

Arriving in the Holy Land, she was joined by around 40 Israeli, Palestinian and international activists and led the first “Grace Pilgrimage” together with Benjamin von Mendelssohn through northern Israel and the West Bank, ending in Jerusalem. When they entered the West Bank on November 9th, the group celebrated the first “Global Grace Day” in front of the Israeli Separation Wall.

Grace Pilgrimages are peace activities – acts of sacred activism – based on compassion, peace and profound inner change. Pilgrims go into crisis areas to listen and connect with the humane essence in people that is often concealed behind many layers of disguise. “Grace” is what occurs in these encounters – people meet empathically, without imposing ideologies, so insight and reconciliation can happen in this united space.

The walls that separate us crumble as we realize that the supposed enemy is a human being like ourselves, and that furthering the cycle of hatred and revenge only perpetuates the pain we’ve suffered. We’ve experienced many “miracles” like this during our pilgrimages. Seeing how much we as Westerners coming to crisis areas must face the shadow of our own culture, we can transform the mostly unconscious patterns of hostility, violence and defense we carry within ourselves, that motivate the entire capitalist system.

2005: First Grace Pilgrimage through the Middle East
2006: Berlin, Holocaust memorial
2007: Israel-Palestine covering a distance of nearly 350km from Eilat across the desert to Jerusalem.
2008: Pilgrimage to important places of the Peace Community San José de Apartadó, Colombia
2009: Portugal, from the stone circle of Évora up to the stone circle of Tamera
2010: Bogotá, Colombia
2012: Israel-Palestine
2015: Walking Water (Los Angeles) – Sabine Lichtenfels and Benjamin von Mendelssohn participated
2016: – Walking Water Portugal – combination of the Grace pilgrimage with Walking Water – a pilgrimage in Portugal 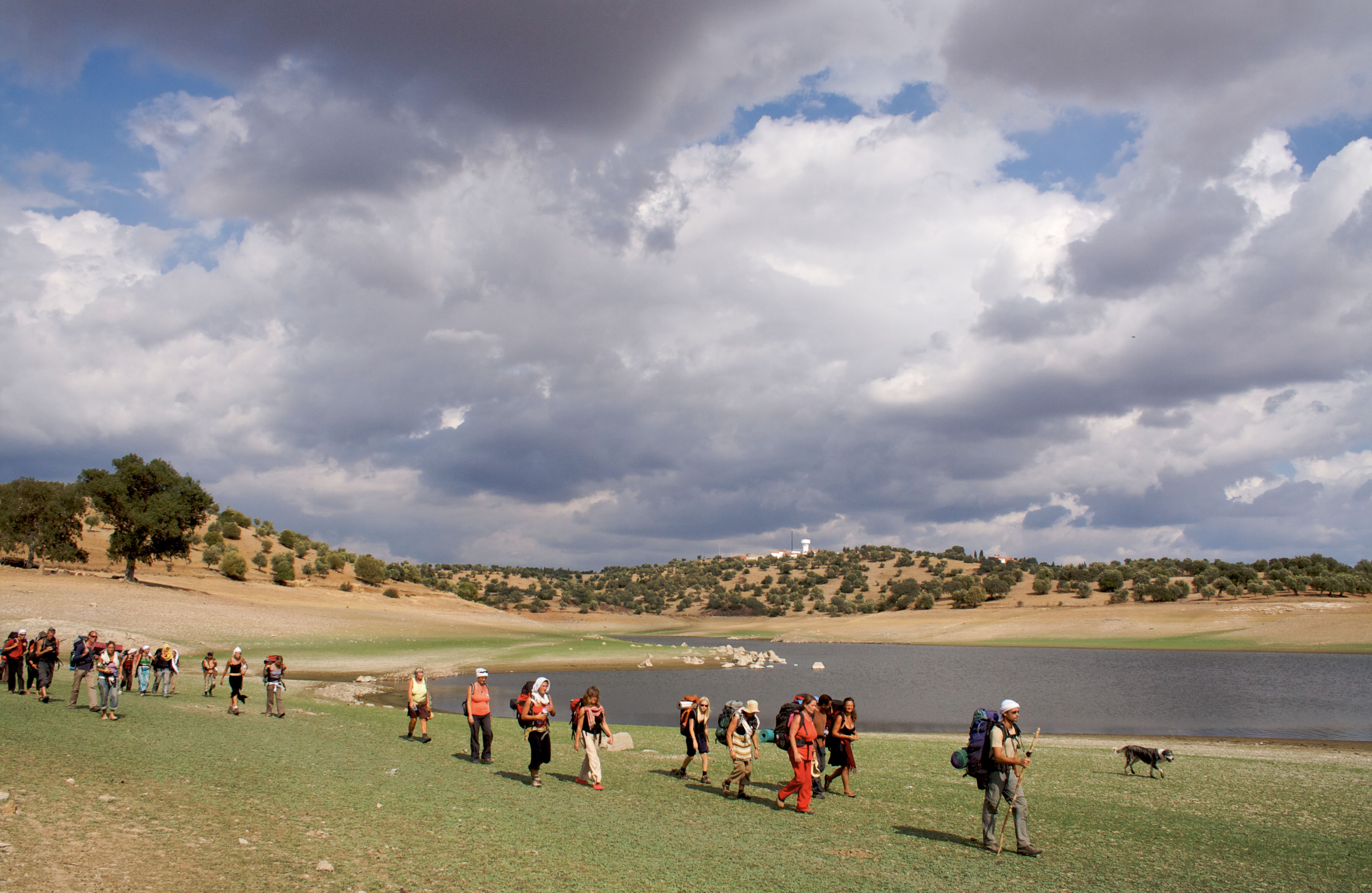 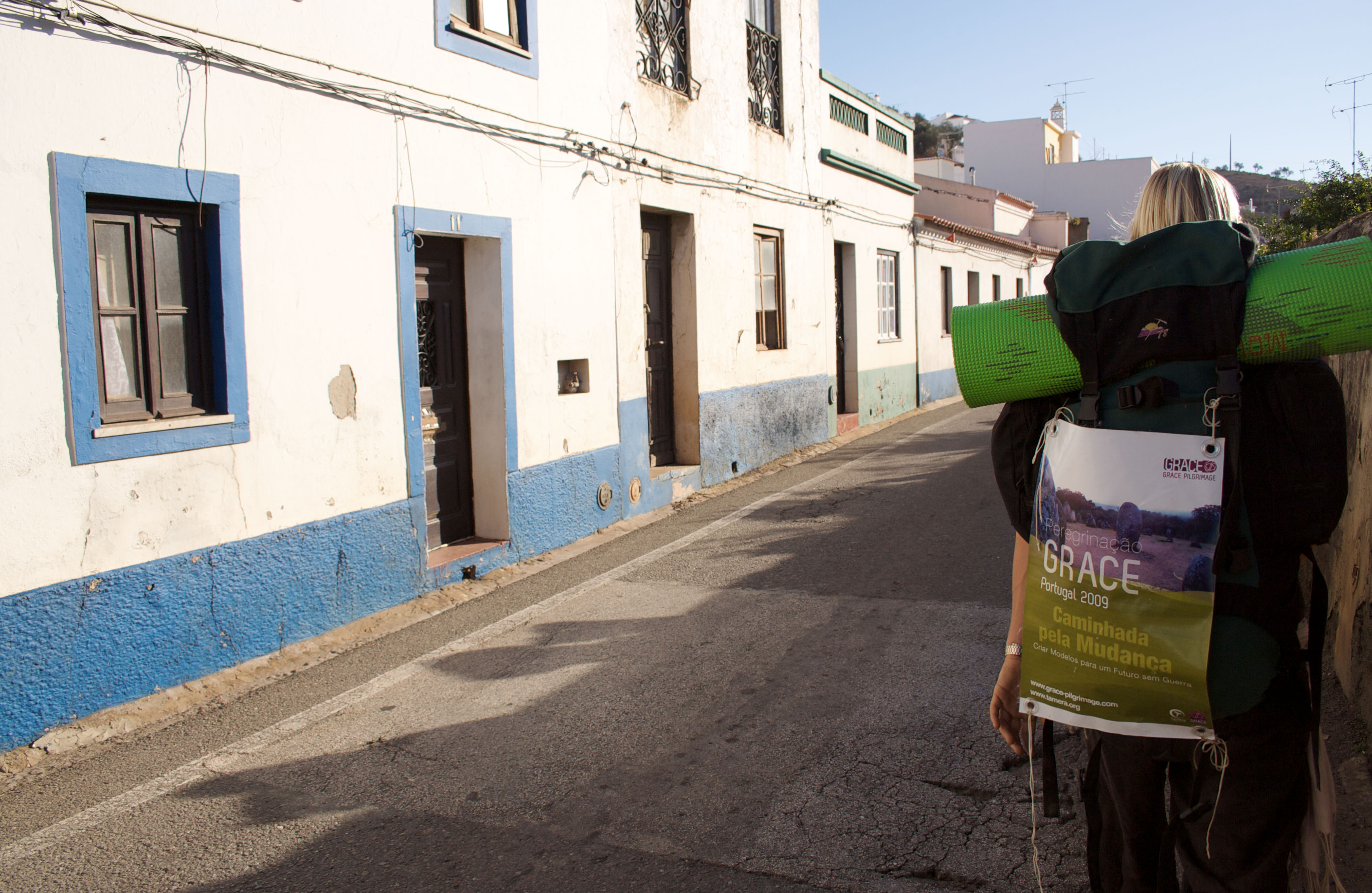 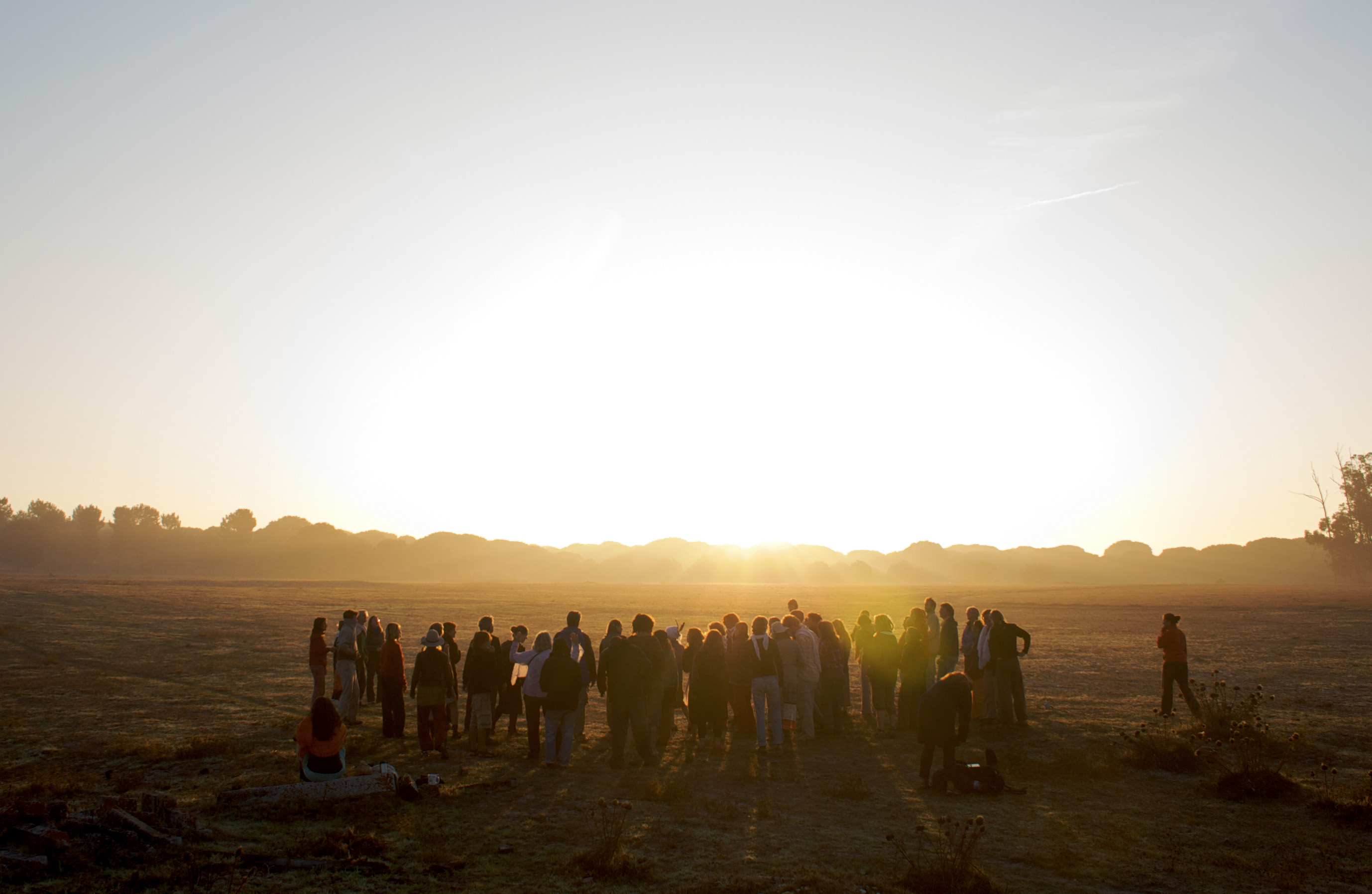 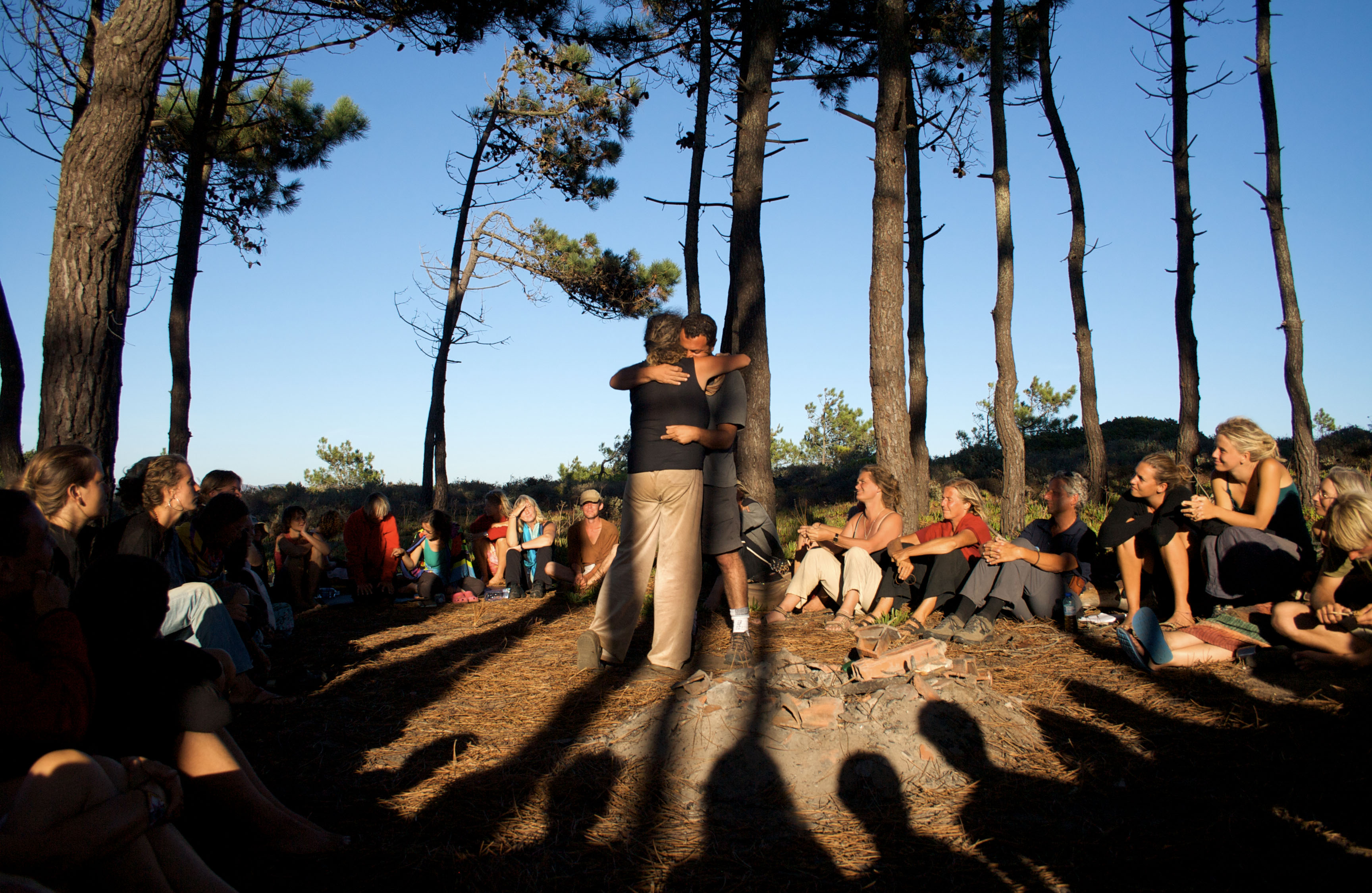 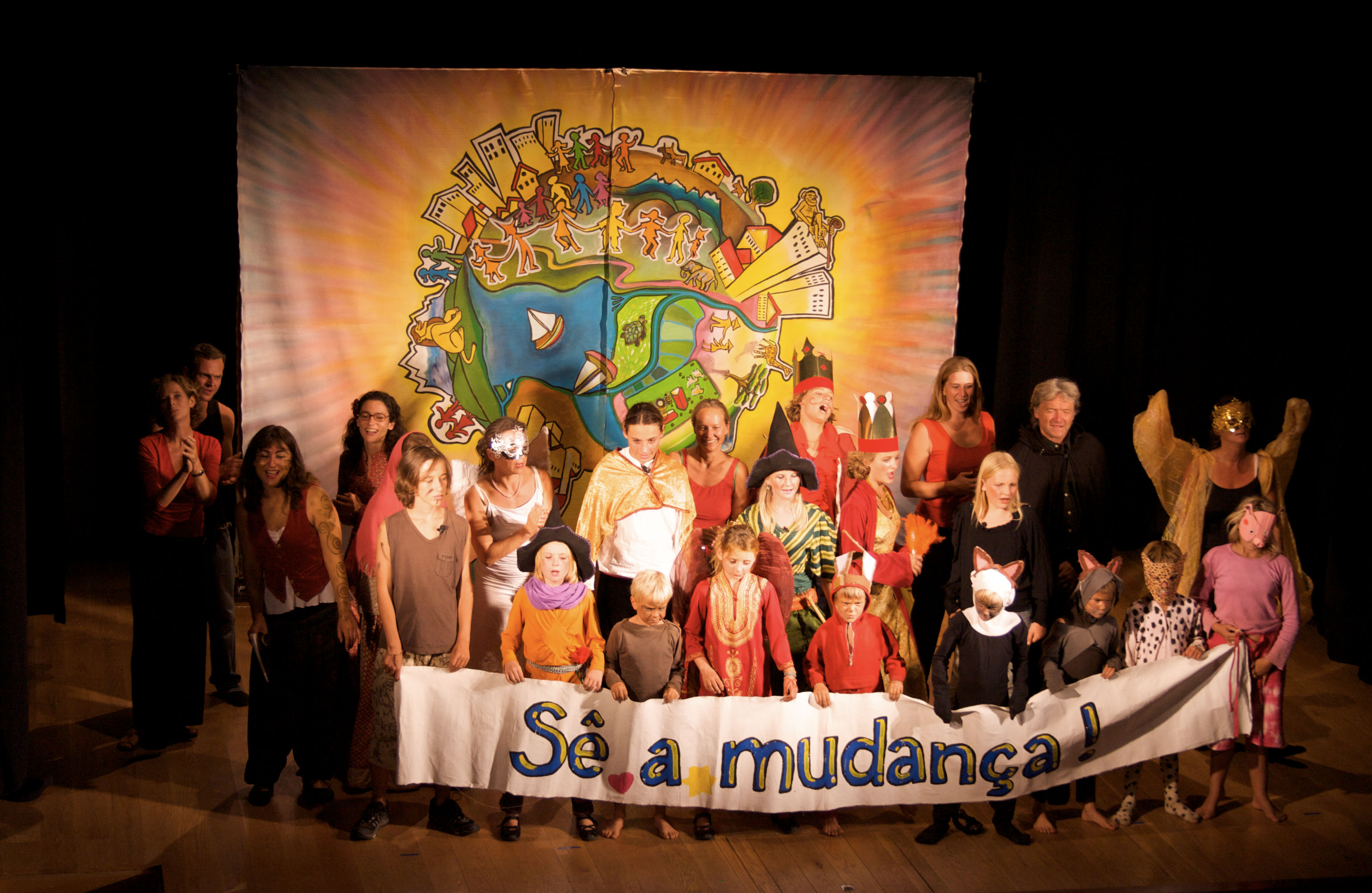 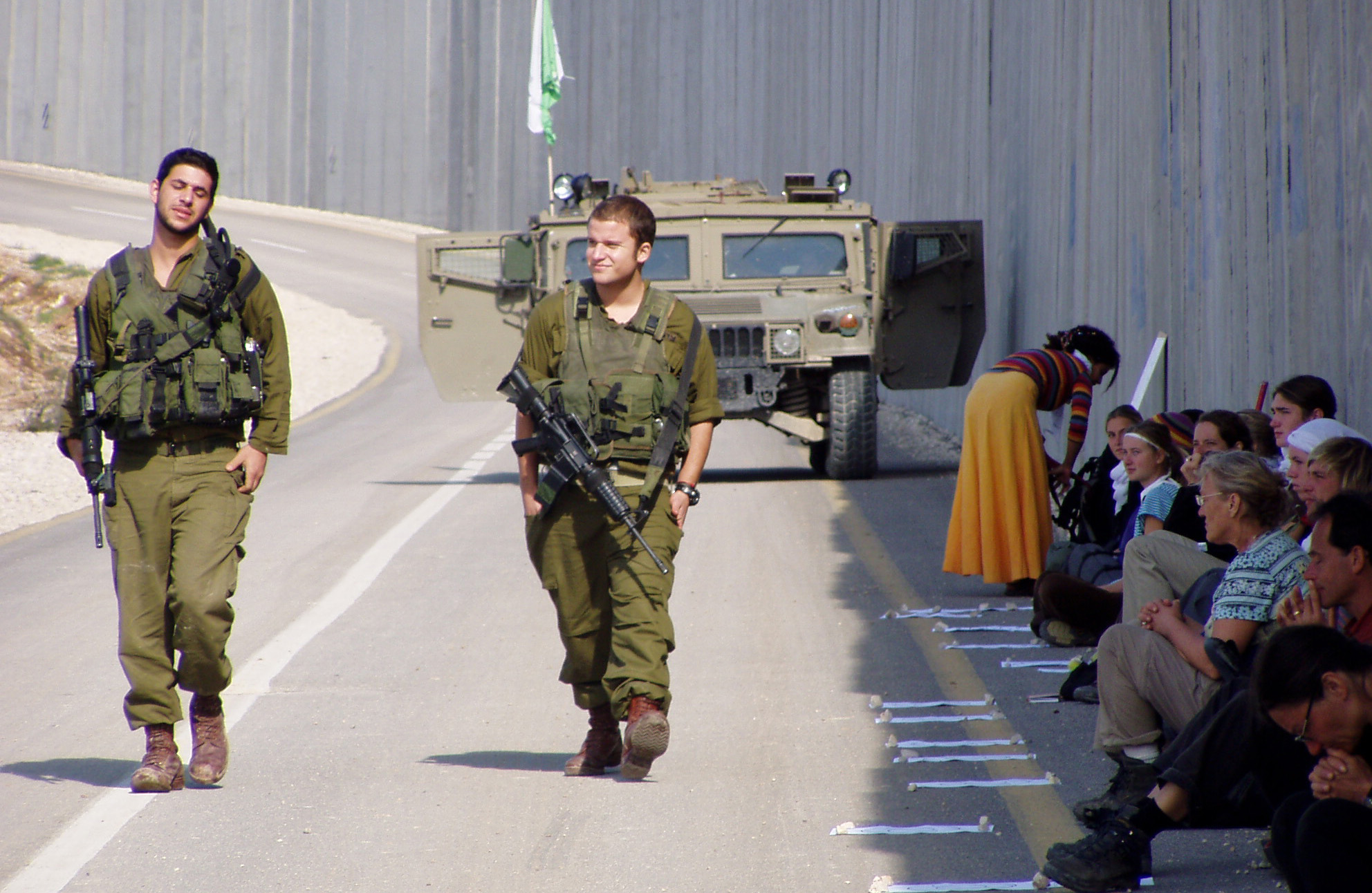 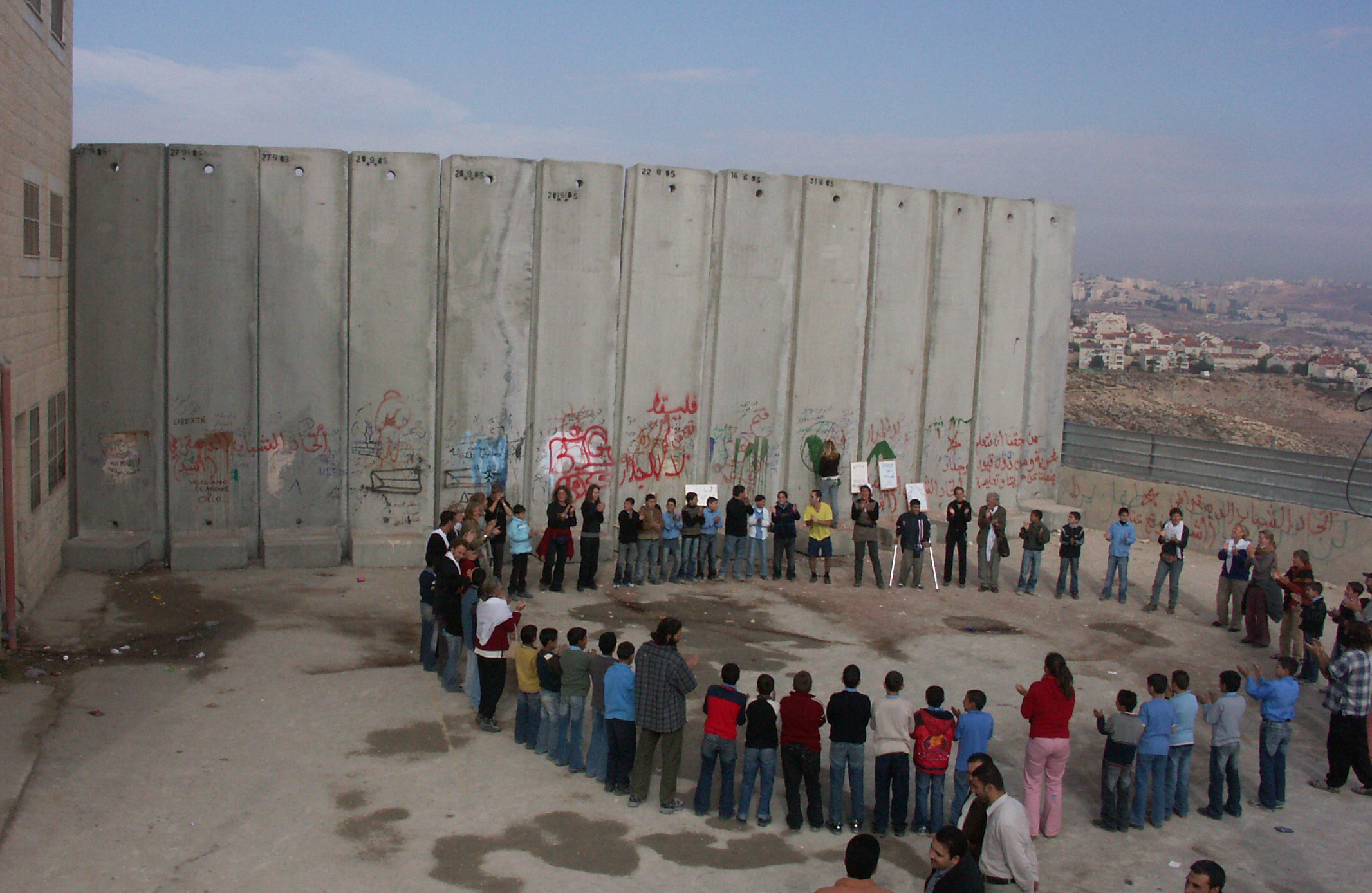 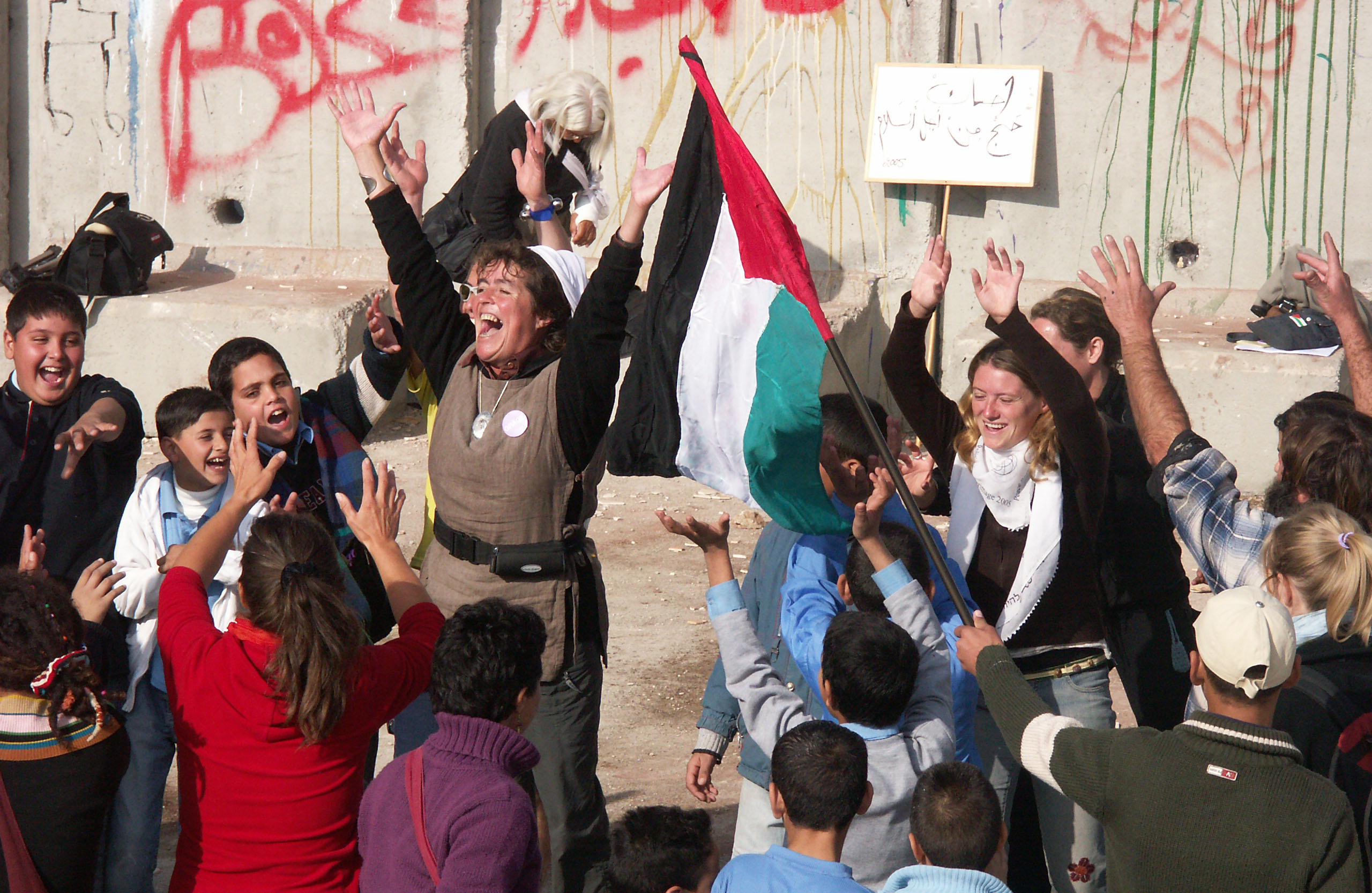 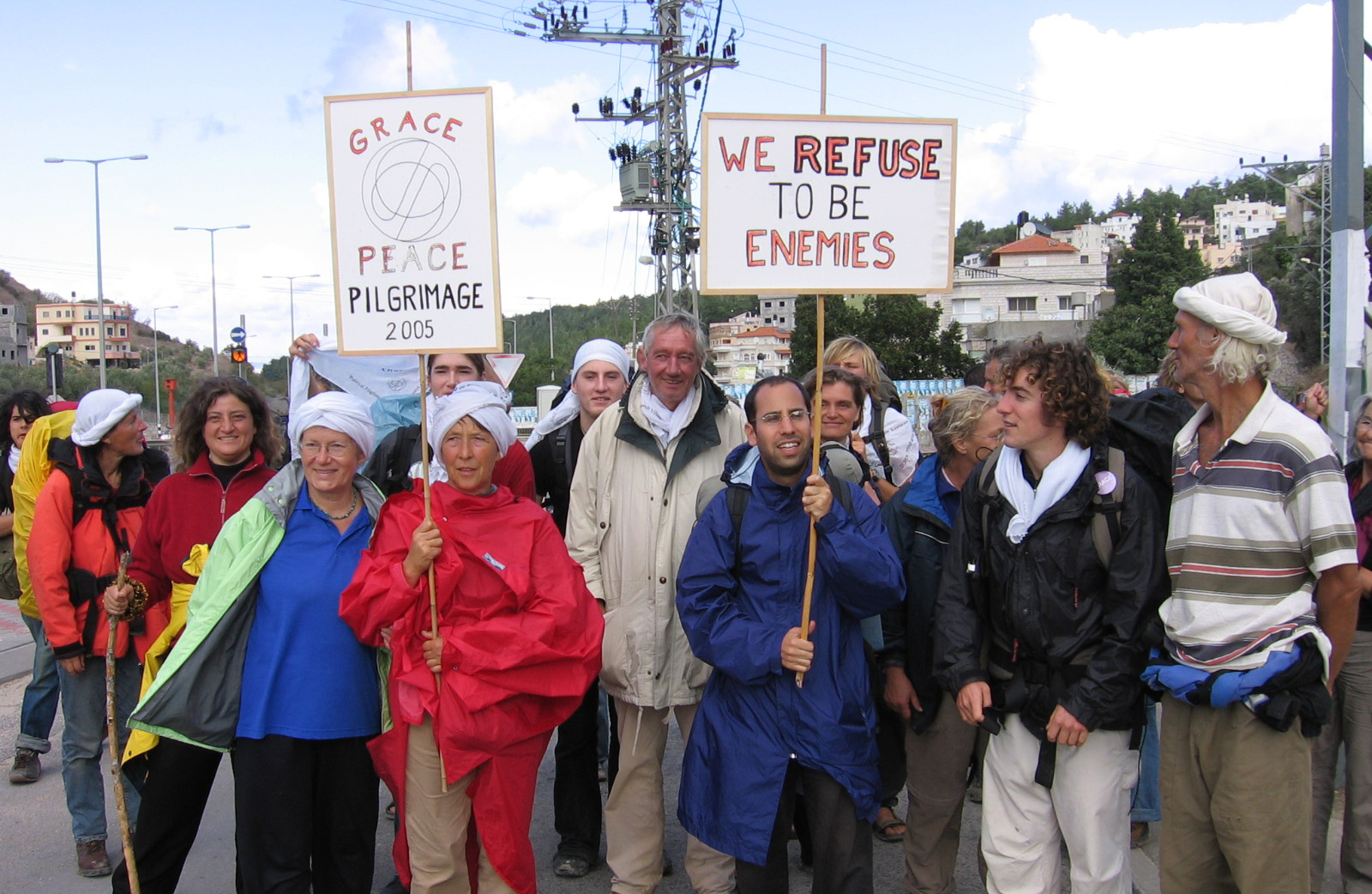 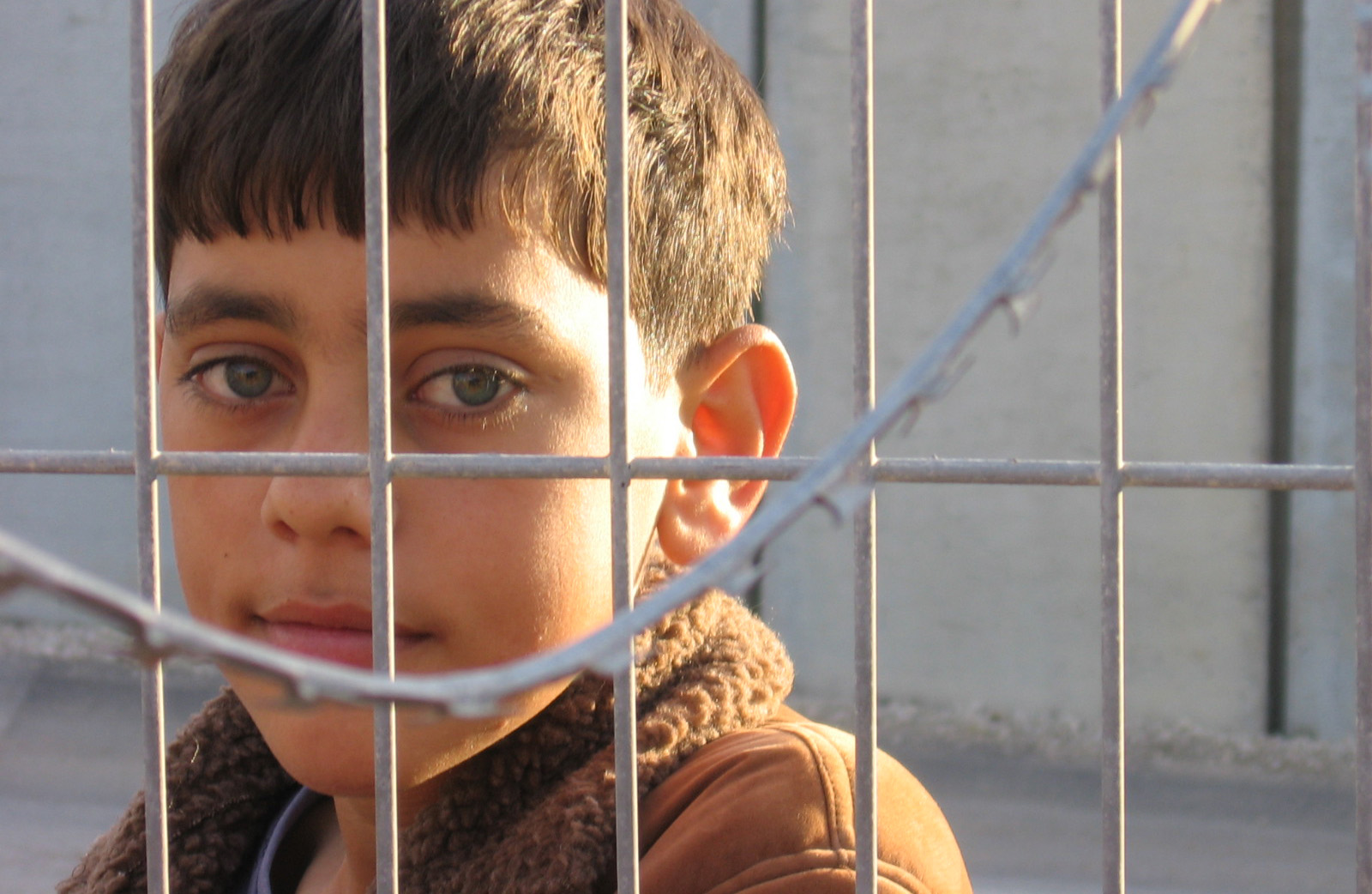 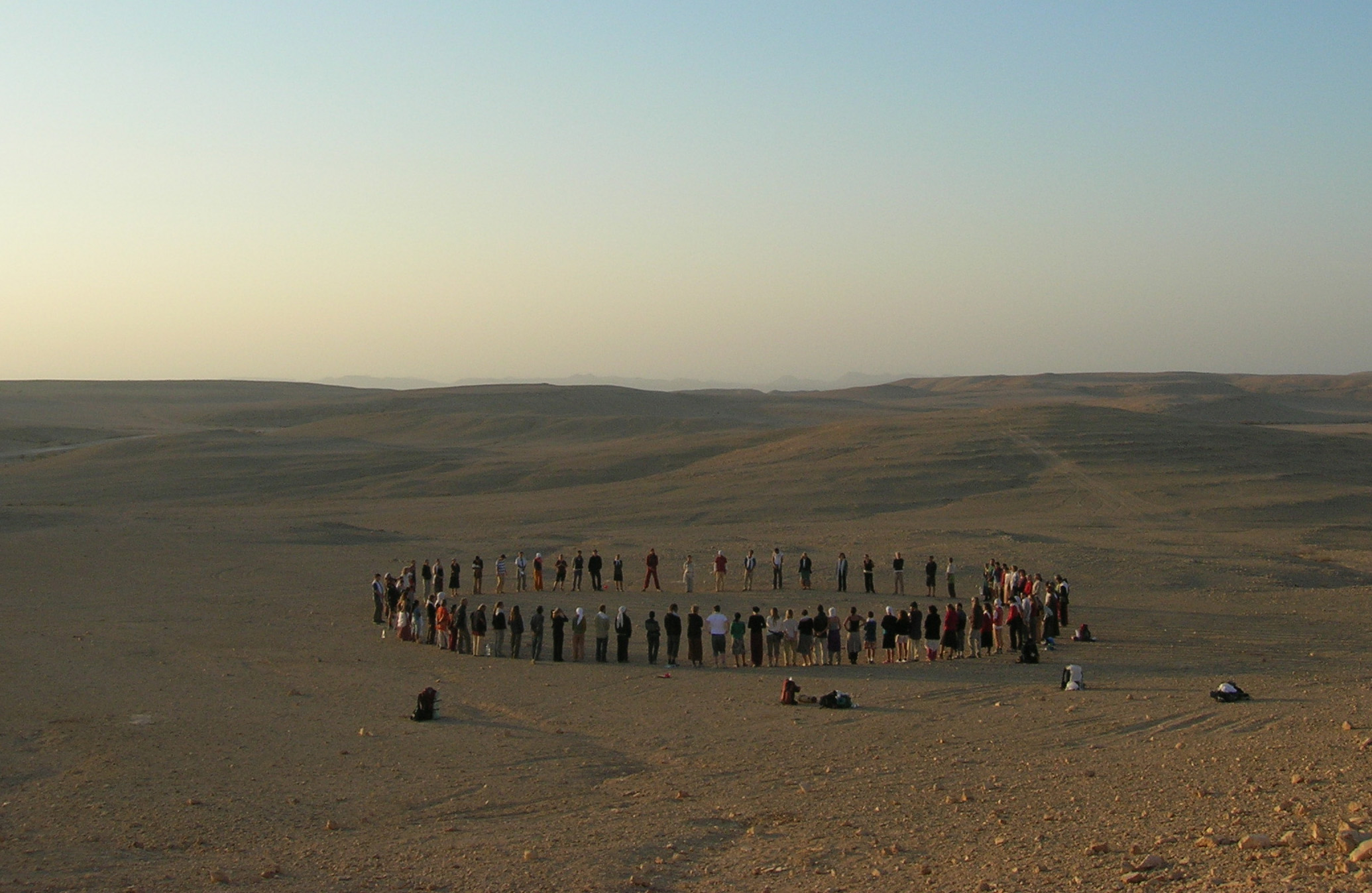 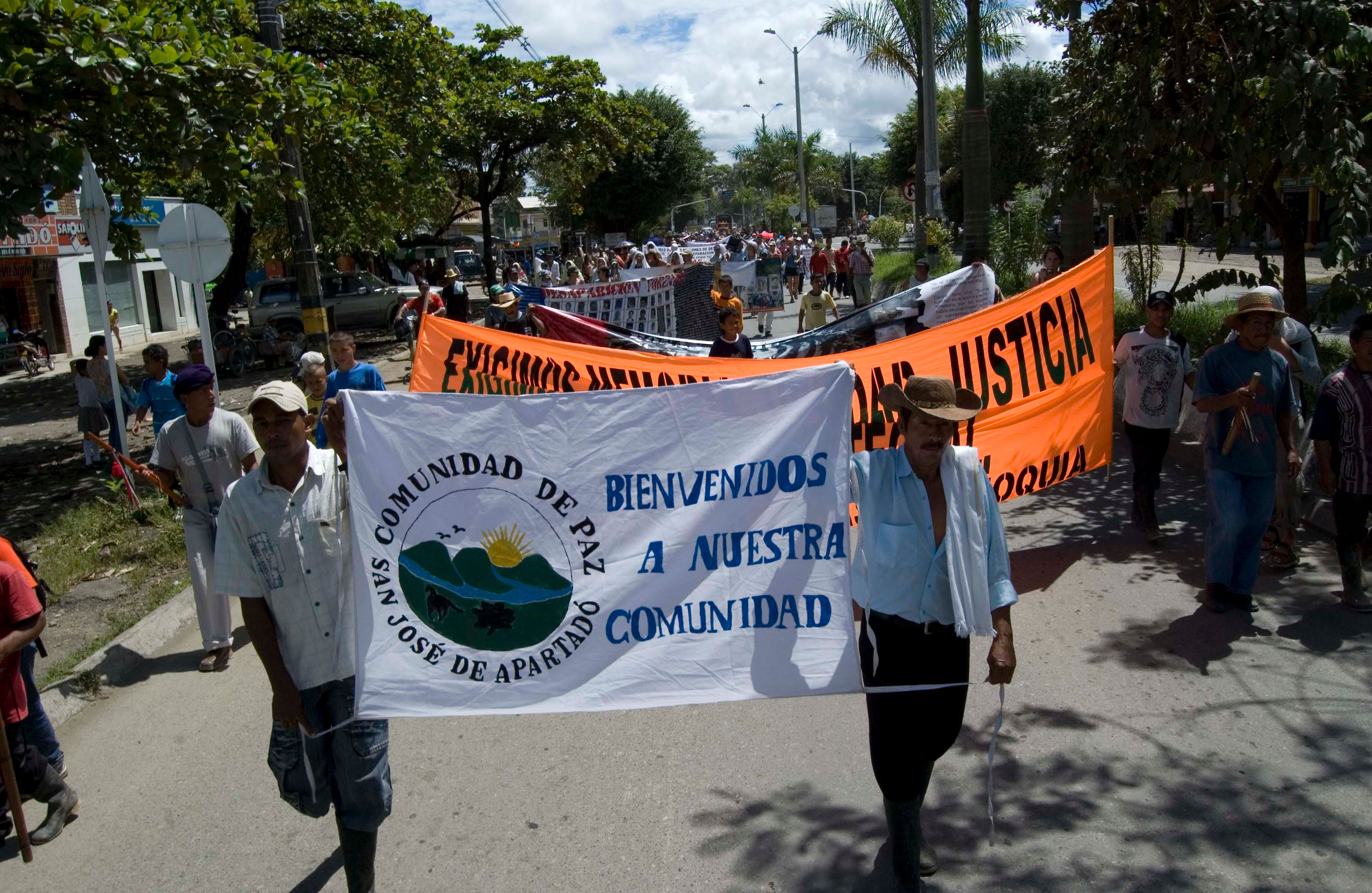 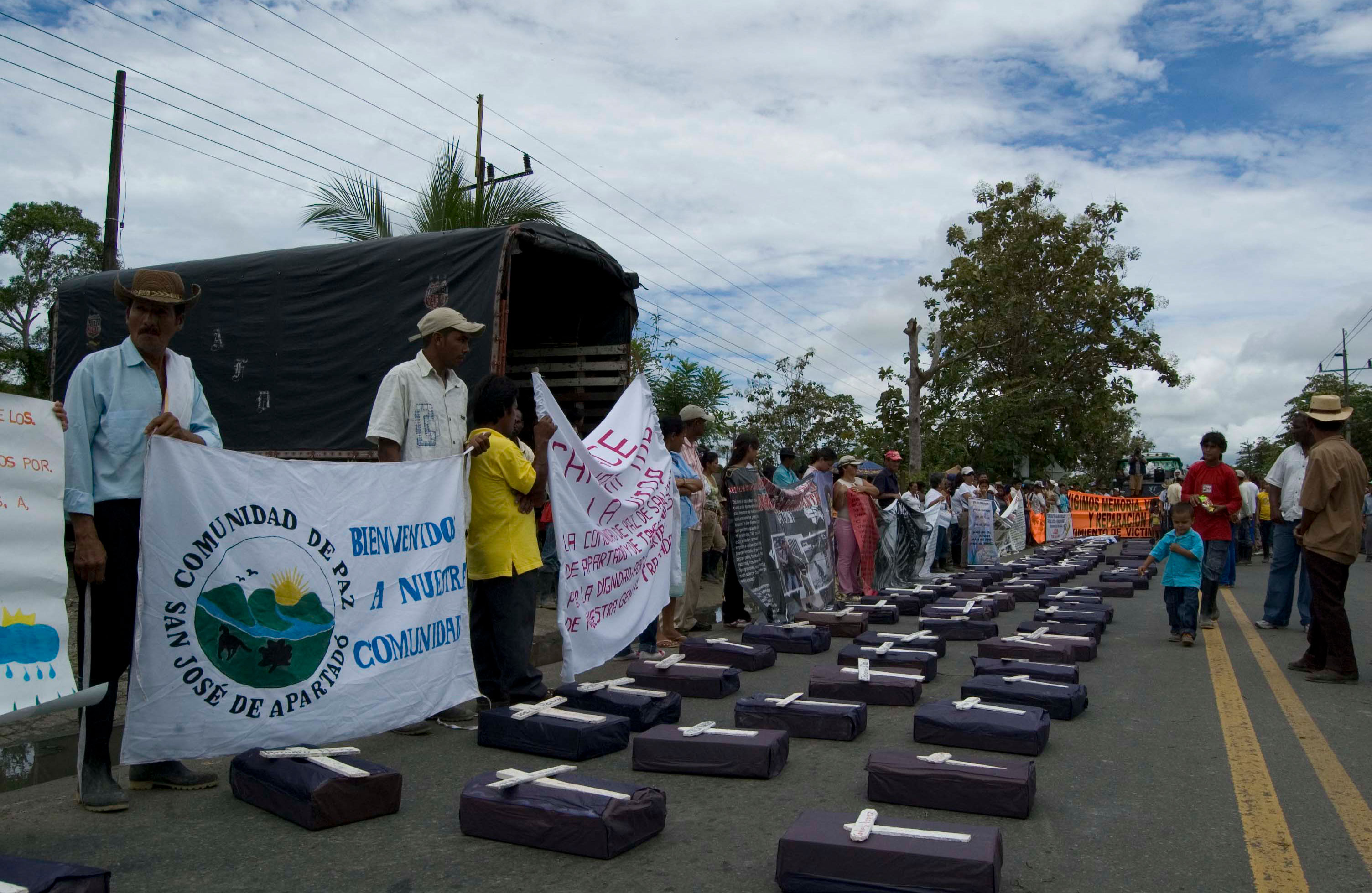 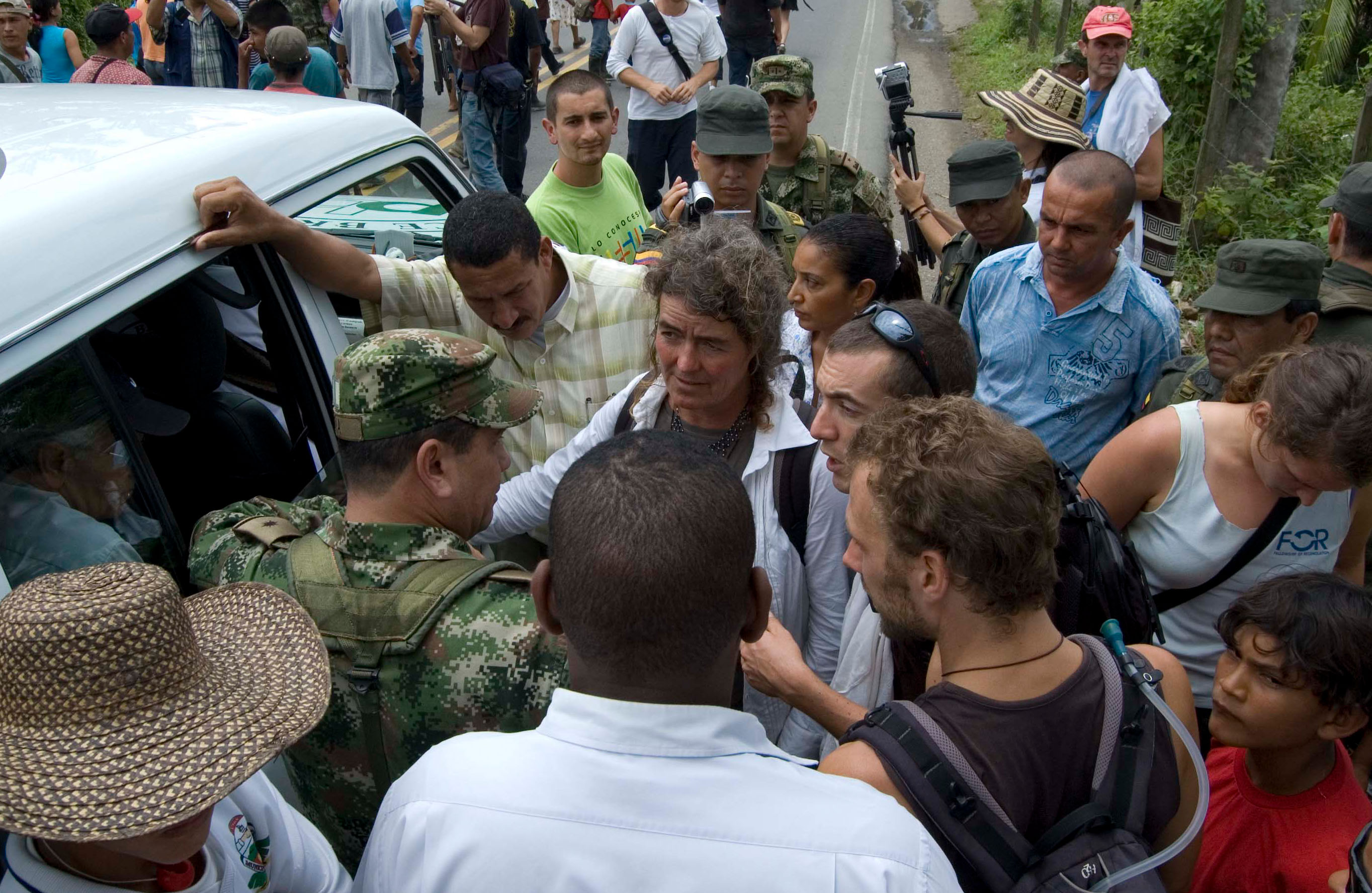 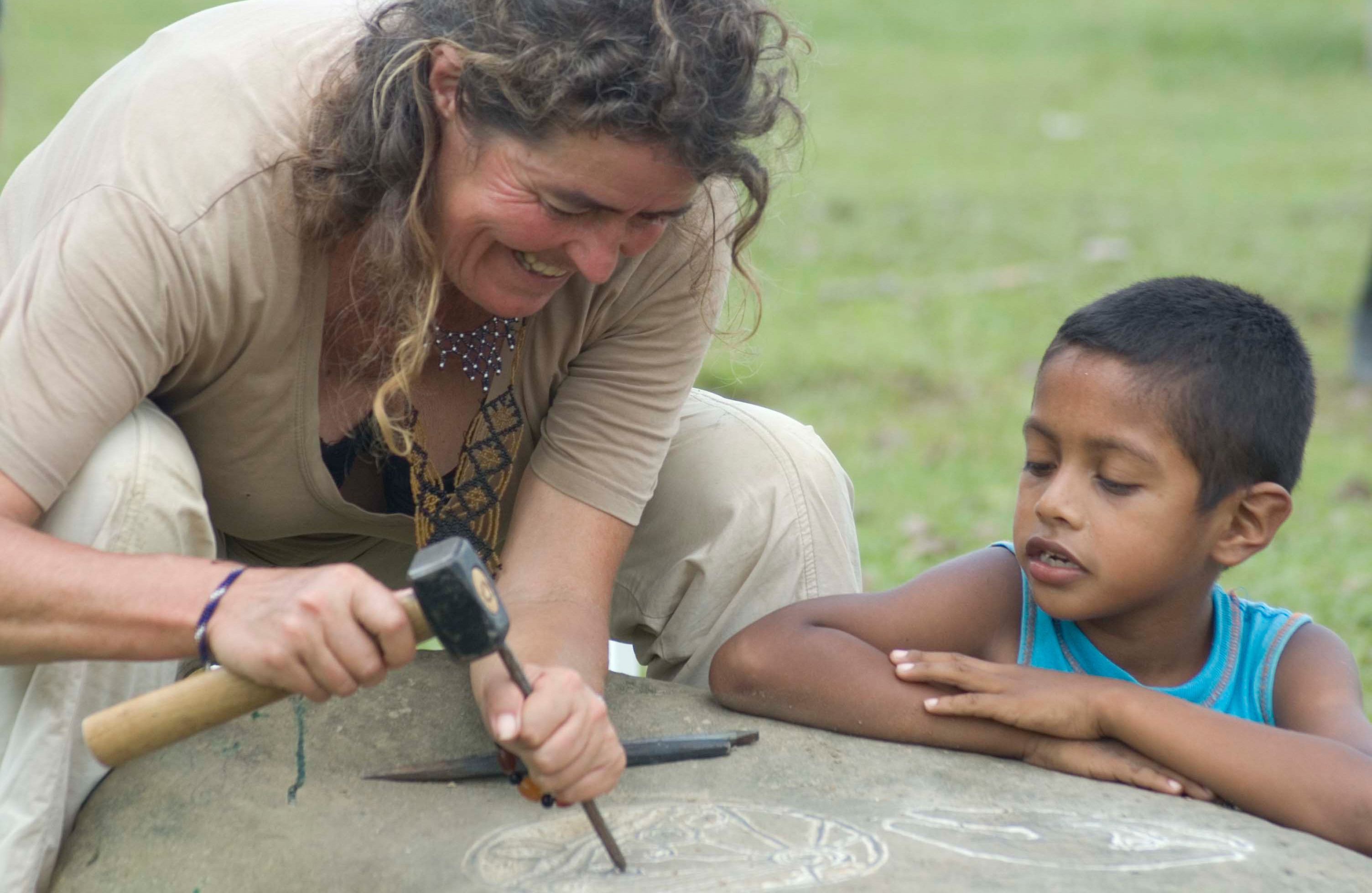 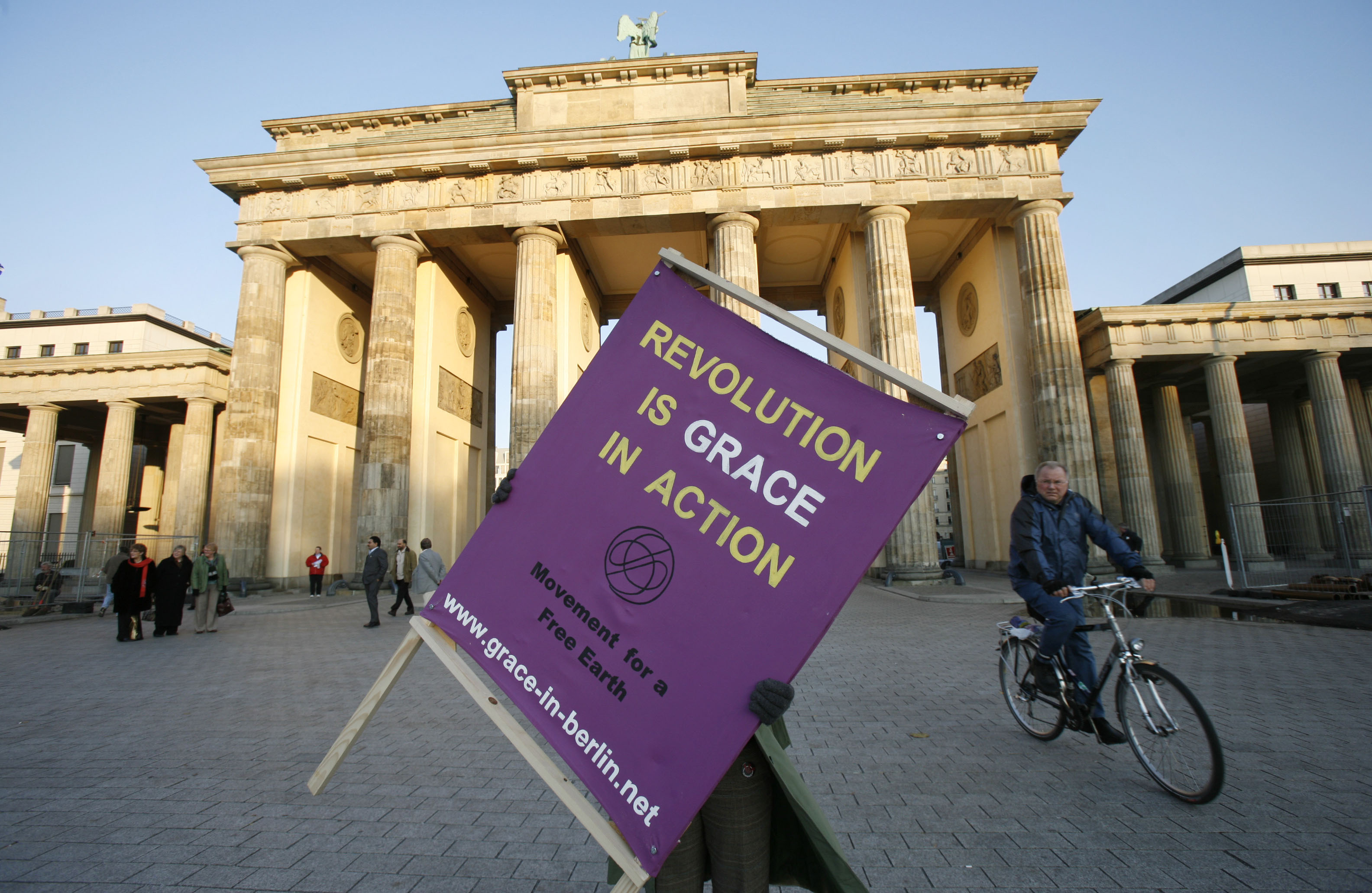 “Hope for Colombia”
Watch the documentary about the Grace Pilgrimage 2010 in Bogotá, Colombia:

We celebrate Global Grace Day annually on November 9th – a date known for both pain and hope in German and Jewish history. The Holocaust began with Kristallnacht on November 9th, 1938, when hundreds of synagogues were burned down and more than 30,000 Jewish people were deported to concentration camps. On November 9th, 1989, the Berlin Wall came down.

Celebrating Global Grace Day in pilgrimages and other actions across the world, we come together as a planetary community to take a stance for a reunified world without walls and wars, and to set a global intention to build a culture of trust, truth and solidarity.

We invite groups and individuals from all over the world to organize events in the name of Grace in their area. Sabine Lichtenfels provides a written meditation for Global Grace Day (translated into several languages) to be read, studied and distributed on the day which can be used to accompany group meditations and performance activism.

Grace: Pilgrimage for a Future without War