The Struggle Continues: No Fossil Fuel Exploration in Portugal!

Since January 2017, we’ve taken an active role in the struggle against the planned oil exploration off our Alentejo and Algarve coasts. Though the efforts of various activist groups suspended the drilling last year, oil companies and the government have been strongly pushing for drilling, fracking and pipeline construction since the new year began. On February 11, we met with over 100 activists for the “3rd National Gathering on Climate Justice” in Lisbon to coordinate the resistance and spread the word about alternatives.

The “3rd National Gathering on Climate Justice” this Sunday at the Faculdade de Ciências [Faculty of Sciences] in Lisbon gathered more than 100 activists and academics of over 20 social movements to discuss some of the central themes in the struggle for social justice and against climate change in Portugal.

In the invitation, the collective “Climáximo” affirmed, “We live in a very special period. Our society is making decisive choices for the coming decades. The fact that we face many uncertainties over our collective path is exactly why it’s worth fighting now!”

The gathering was charged with a special urgency, since oil companies and the national government have made it very clear in recent weeks that they’re determined to drill for oil off the coast of Aljezur, despite a parliamentary recommendation to suspend the exploration, the opposition of all the affected municipalities and the protest of the local people (42,000 citizens in the Algarve signed a petition against it).

In recent years and particularly last year, activists have continuously risen up against oil drilling in Aljezur and other fossil fuel projects in Portugal. As part of a broader network of activist groups, we took various actions against the Aljezur oil drilling throughout last year, such as (click picture to view slideshow): 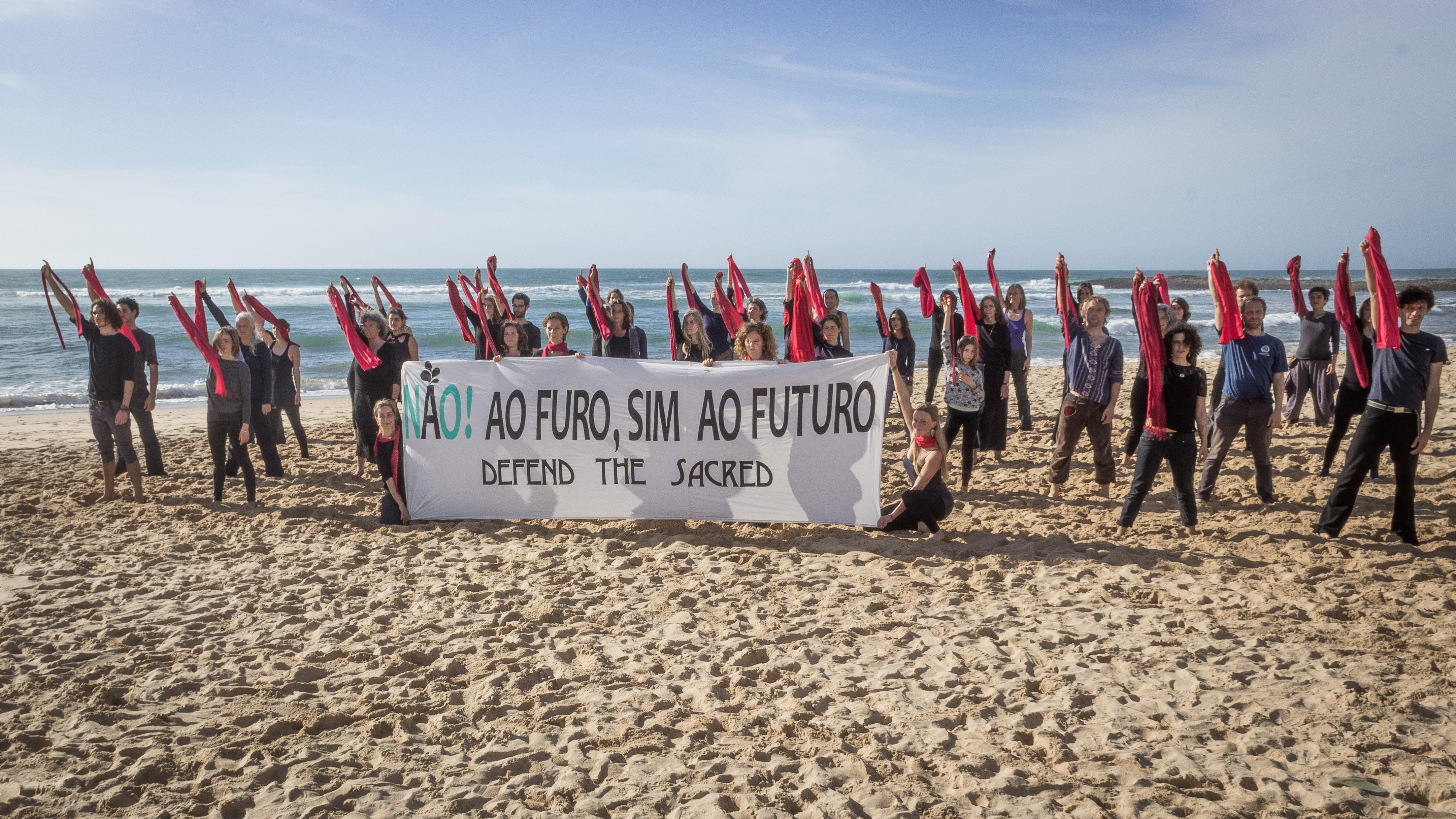 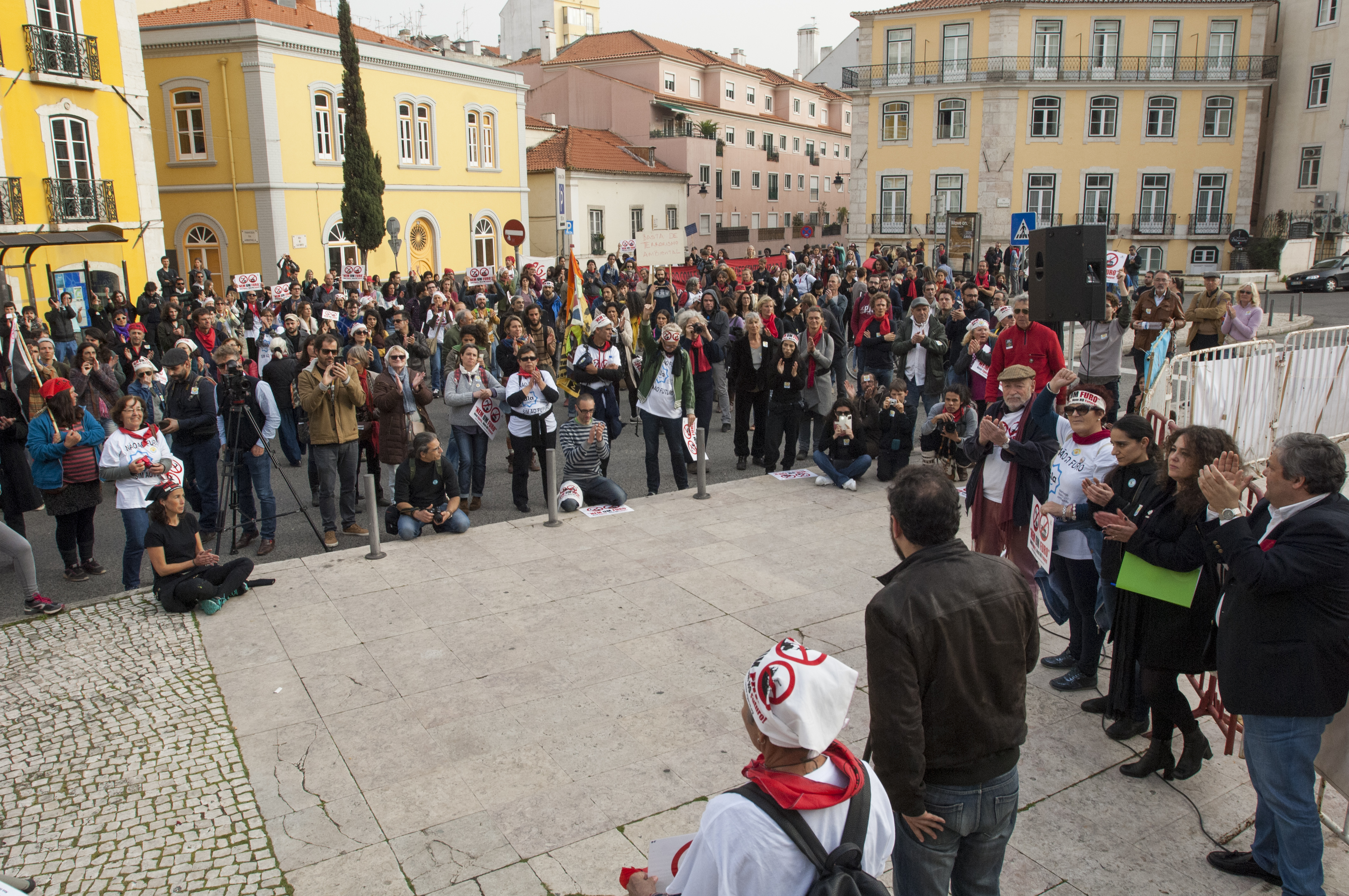 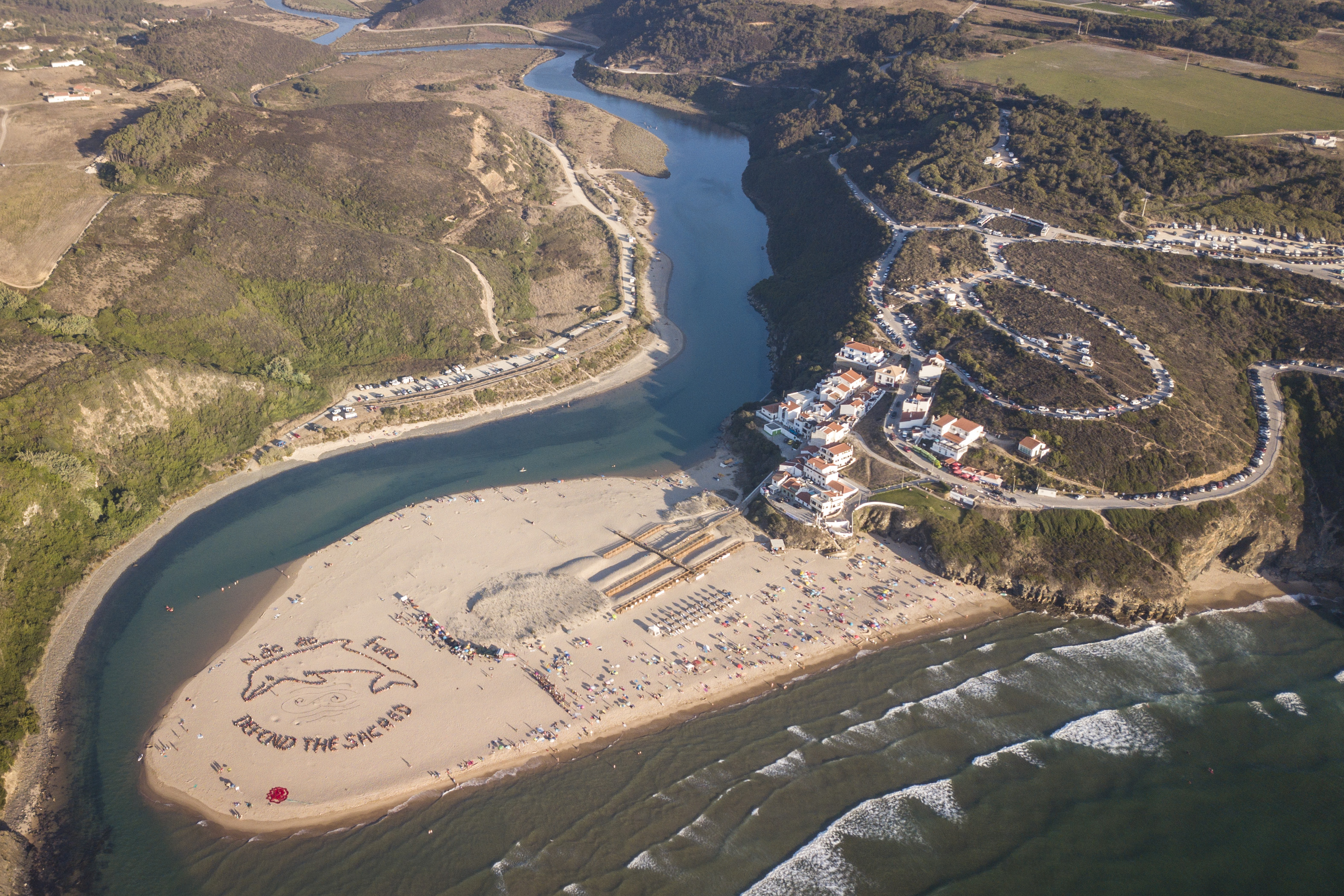 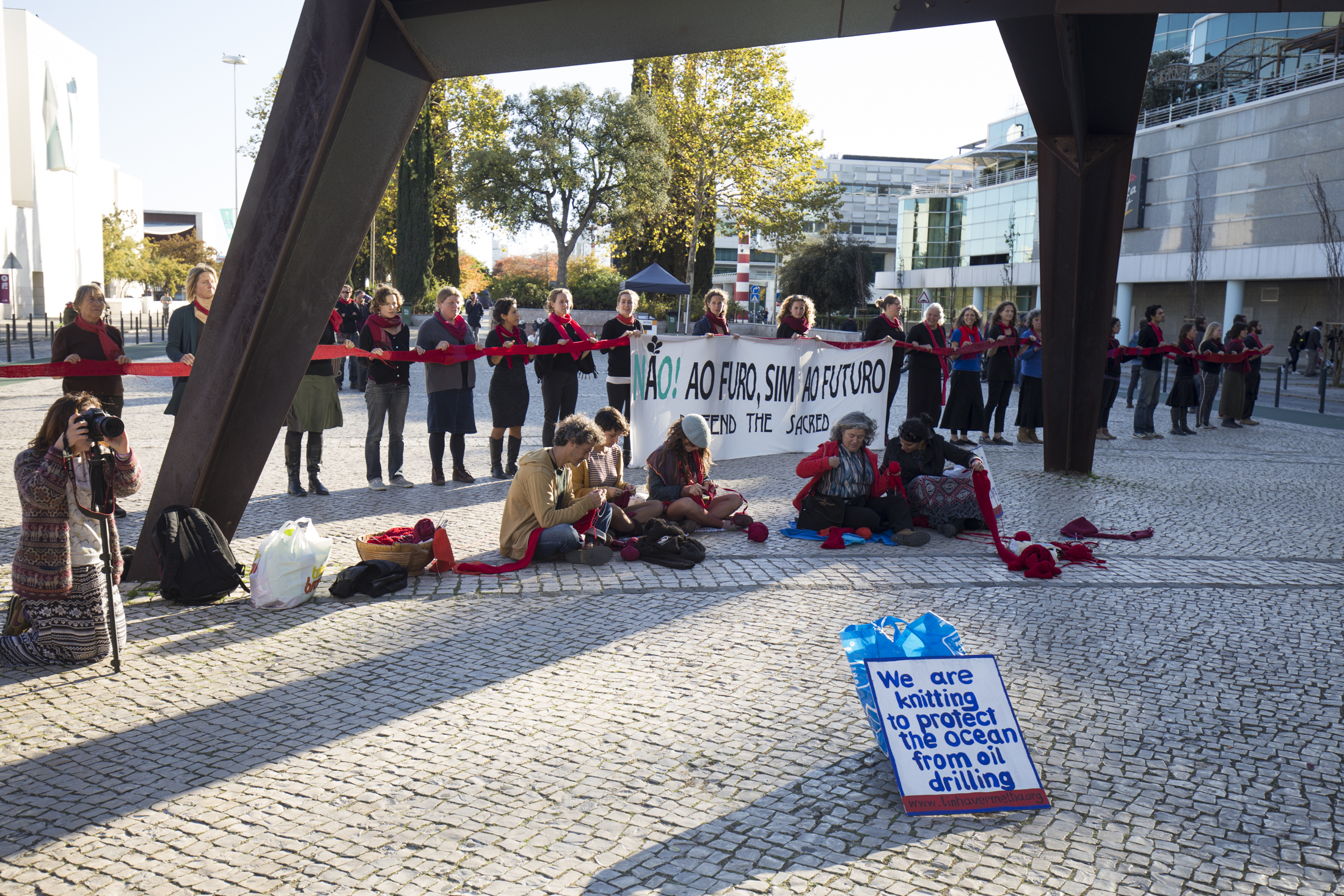 According to an MP of the leftist “Bloco de Esquerda,” “The drilling would certainly have happened already had it not been for the activists relentlessly standing up against it.”

The contract for oil drilling in Aljezur, held by ENI/GALP, expired in September 2017 and the Portuguese government repeatedly assured that it didn’t intend to extend it. On December 21, the parliament discussed the issue. They rejected a law proposal to ban fossil fuel exploration in Portugal but recommended that the government cancel the Aljezur drilling unless an environmental impact study could be undertaken to show that the drilling wouldn’t pollute the ocean.

Nevertheless, the government authorized the drilling contract with ENI/GALP for the third time on January 8 2018. In doing so, not only did it bypass the recommendation of the parliament, it also exempted the companies from paying the usual tax for using Portuguese sea space. In an even more worrying evasion of democracy, the government did not challenge ENI/GALP after they publicly announced that there would be no environmental impact study undertaken prior to the drilling.

During the National Gathering on Climate Justice, Sinan Eden of Climáximo said, “The drilling in Aljezur isn’t a legal issue, but a political one. It’s clear they want to drill, no matter what and are finding ways to bypass laws and the public. This means we must step up the struggle.”

As ENI/GALP might try to drill off Aljezur as early as March, a creative, diverse and determined resistance is getting ready to rise once more – for the Earth, the water, for animals, people and the future. It’s clear that we can actually win this struggle. Stopping the Aljezur drilling can become a lever to end the plans for fossil fuel exploration in this country for good – including those for fracking in the south and center of Portugal, for building a gas pipeline in the northeastern Douro region and for deep sea mining, an insidious and highly dangerous endeavor.

During the activist gathering, it also became very clear that we need more than just short-term resistance. Our ability to initiate the necessary transition away from petro-capitalism relies on a broad, practical and shared vision for a regenerative future.

To strengthen prospects for the necessary system change, we shared our experiences at Tamera of creating decentralized alternatives for clean energy technology and ecosystem restoration and invited national activists to participate in the emerging international Defend the Sacred alliance.

Despite the dire news on climate change hitting us from all over the world, we mustn’t forget that we can counter climate change and restore the Earth within a short time. If we follow regenerative design principles, create decentralized rainwater retention landscapes and shift to decentralized solar energy technologies, we can overcome desertification, drought, fire and flood catastrophes and build a world in which all beings live in security and peace, with enough water, food and energy.

Instead of selling itself out to the declining fossil fuel industry, Portugal can become a leader for this necessary transition. The time is now.